Litespeed
Editor
posted on 1 year ago
1,244
views
Rapido Trains Inc. is excited to announce the next in our series of classic Alco locomotives, the Alco FA-1 and FB-1 in HO/1:87 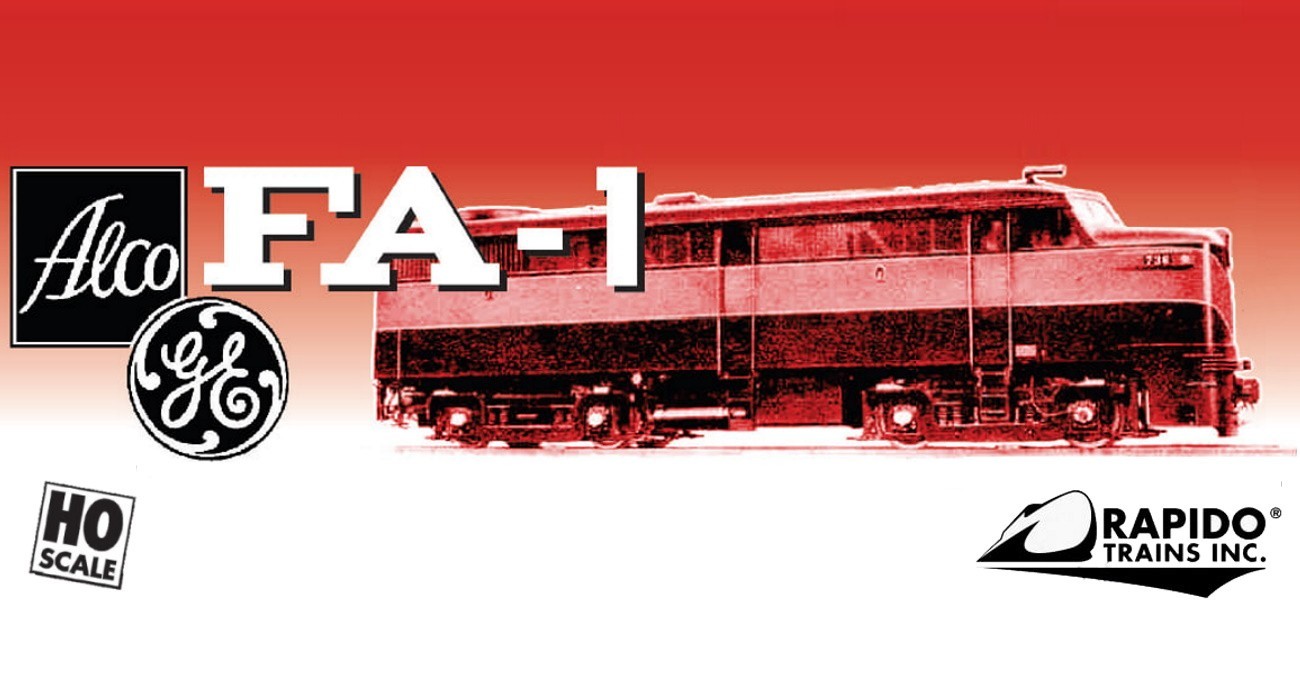 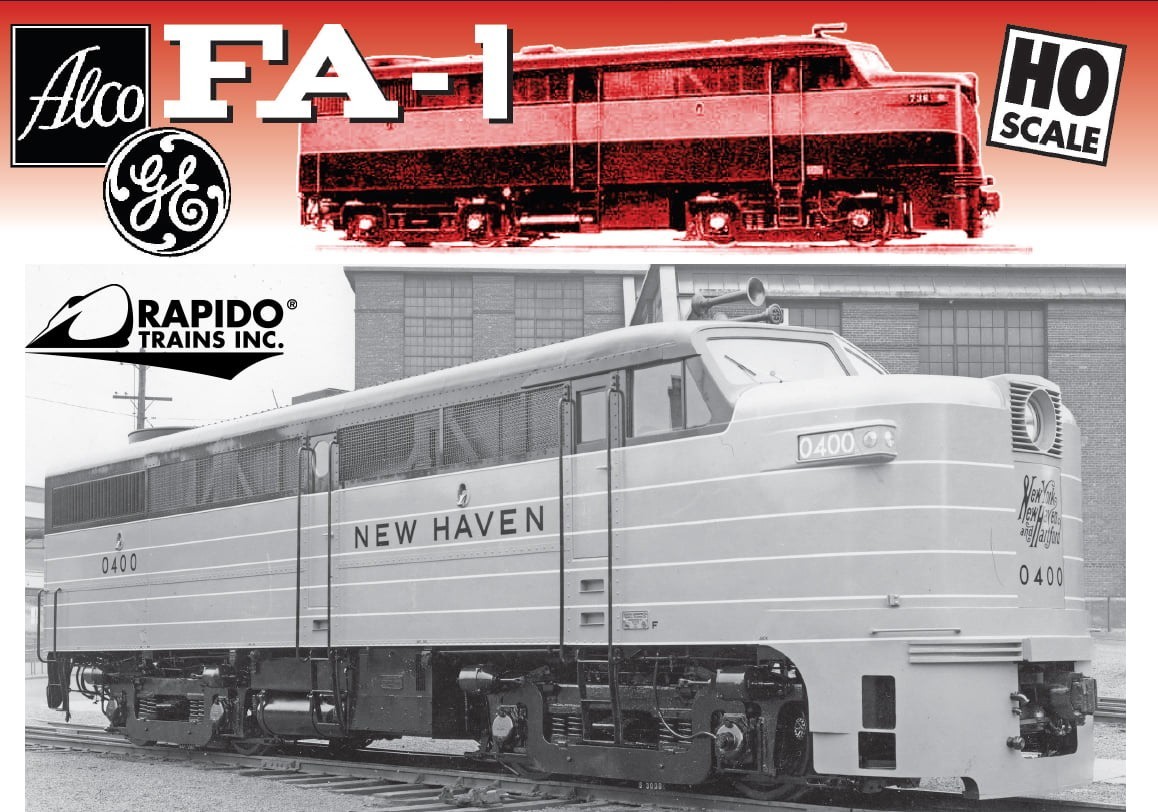 Between January 1946 and October 1950 a total of 440 FA-1s and 240 FB1s were built by Alco and their Canadian subsidiary, Montreal Locomotive Works (MLW). They were originally sold to twenty-five railroads in the US, Canada and Mexico. The FA-1 (and booster FB-1) were  rated at 1500 horsepower and was designed primarily as a freight hauler.

In a market that was becoming dominated by EMD products, the FA-1 came in a distant second due in part to reliability issues with its 244 prime mover. Still, they were popular with several roads and could be found at the head of freights into the late 1960s.

Following on to our FPA-4, FA-2 and PA loco models, the new FA-1/FB-1 models continues the Rapido tradition for accurate Alco cab units with unsurpassed detail.

• Etched side and fan screens

Reservations are now being accepted for these cool new diesels. Please see your local dealer or here: https://rapidotrains.com/