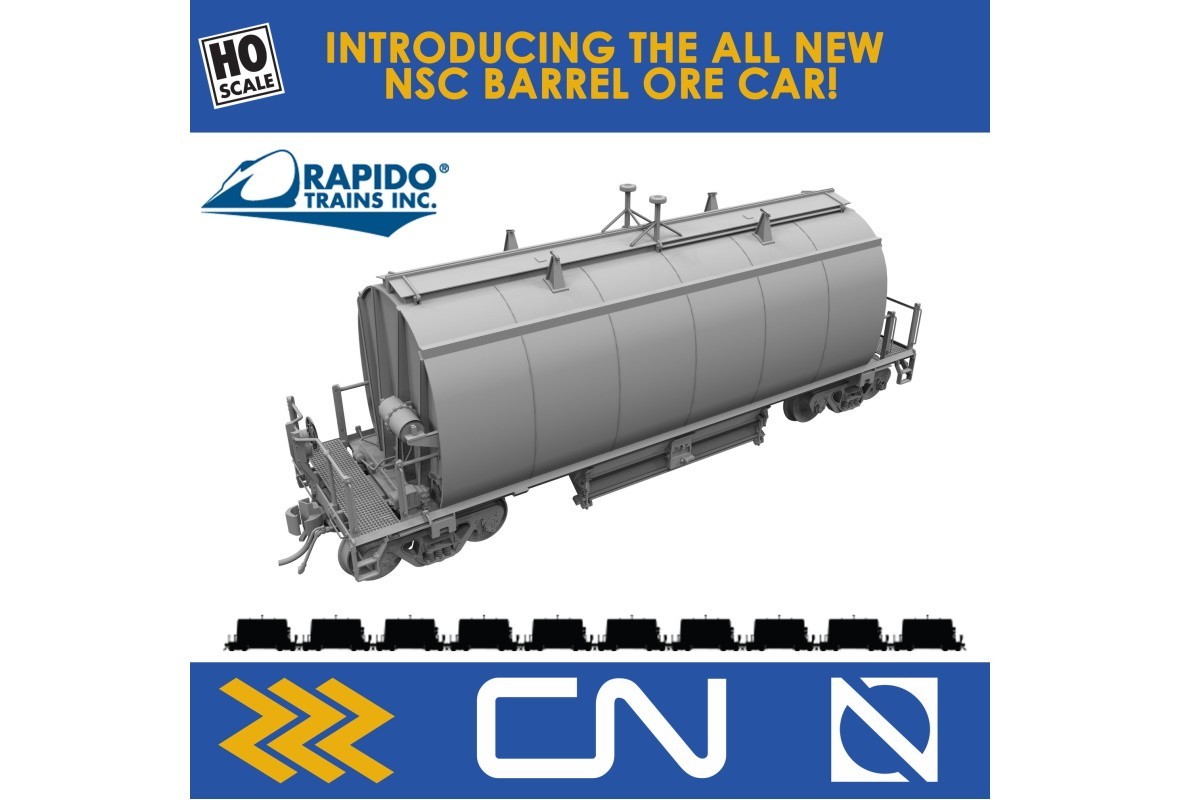 If you stood anywhere on the CN Newmarket Sub in the late 60s through the 80s, you probably saw one of the most unique trains to run the line: The ore train. Rapido is pleased to announce the CN/ONR NSC-built Barrel ore hoppers!

This train plied the rails from two mines owned by Dofasco in Northern Ontario to their facility in Hamilton, Ontario. At first glance the cars look like a shrunken cylindrical hopper. The reason for the round shape and covered hatches was to keep the processed iron-ore pellets from becoming frozen or damp with moisture. Which would aide in a quicker unloading process. They also came in two varieties: A 35’ length “Short” version (builtin 1967) and a 42’ “Long” version (delivered in 1973 and 1975 in two groups.)This was to reduce rail wear, as the 35’ cars spanned the same length as the stick rail underneath, causing undue wear. Also unique is the “tire” that sits on top of the hatches. At the load out, the tire comes into contact with a“scroll” that forces the hatches to open - taking 60 seconds to fill a car and roughly an hour and twenty minutes for a unit train of 40 cars. Many times one could see CN and ONR cars mixed in a consist. 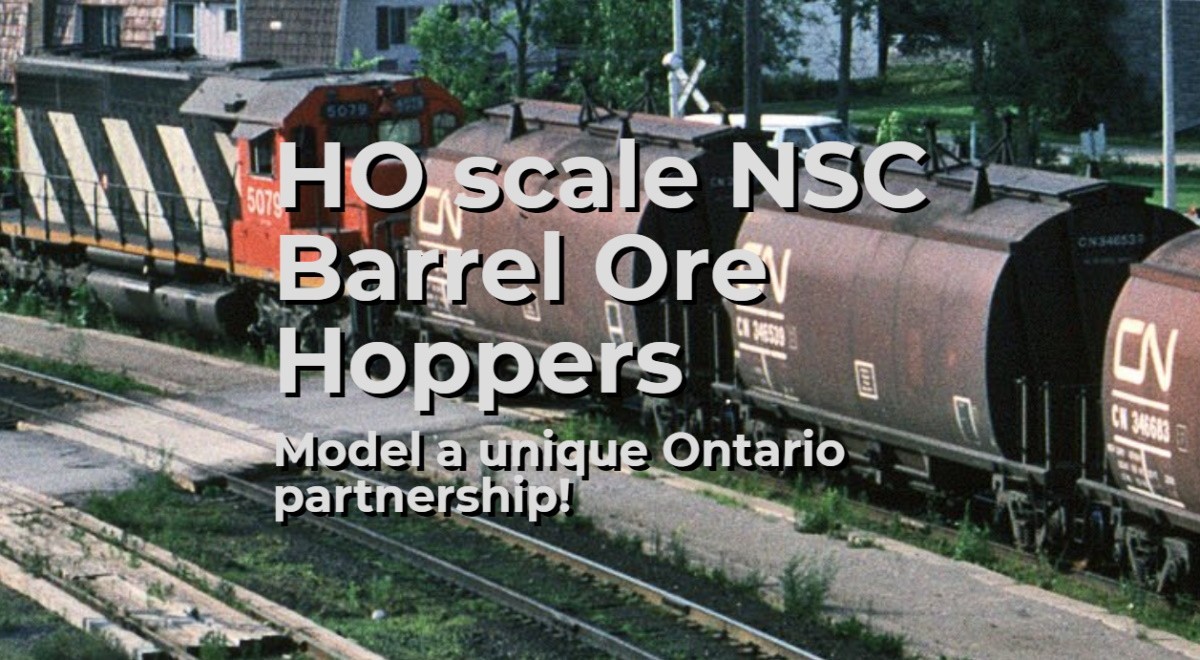 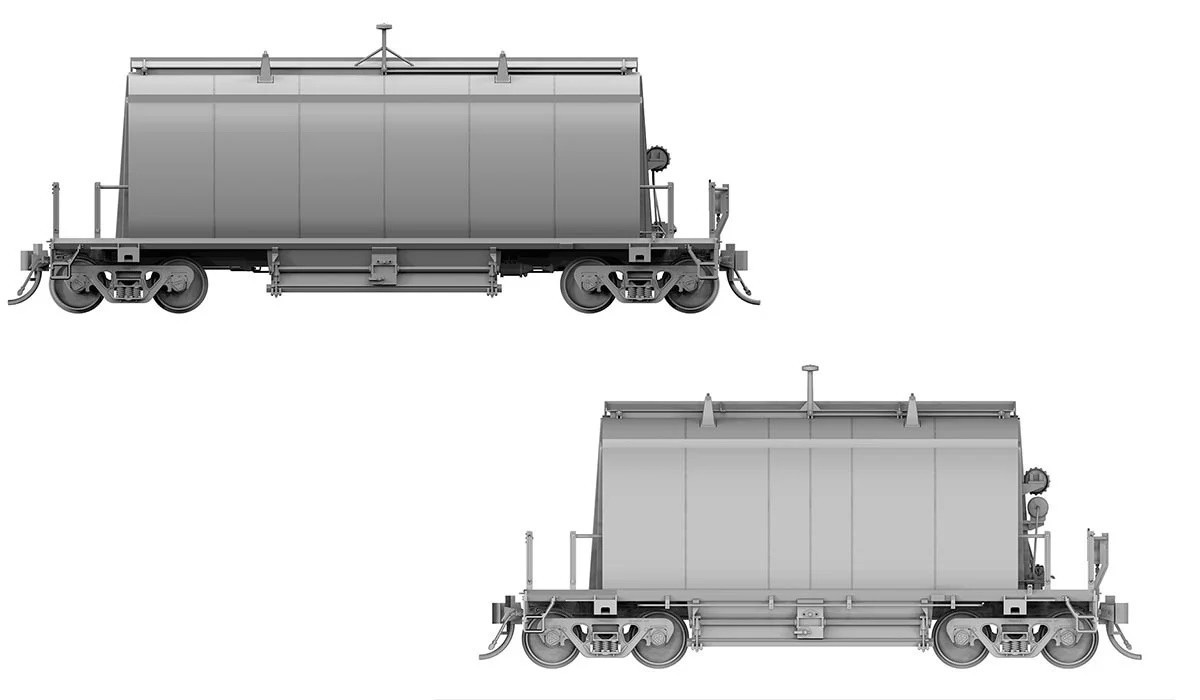 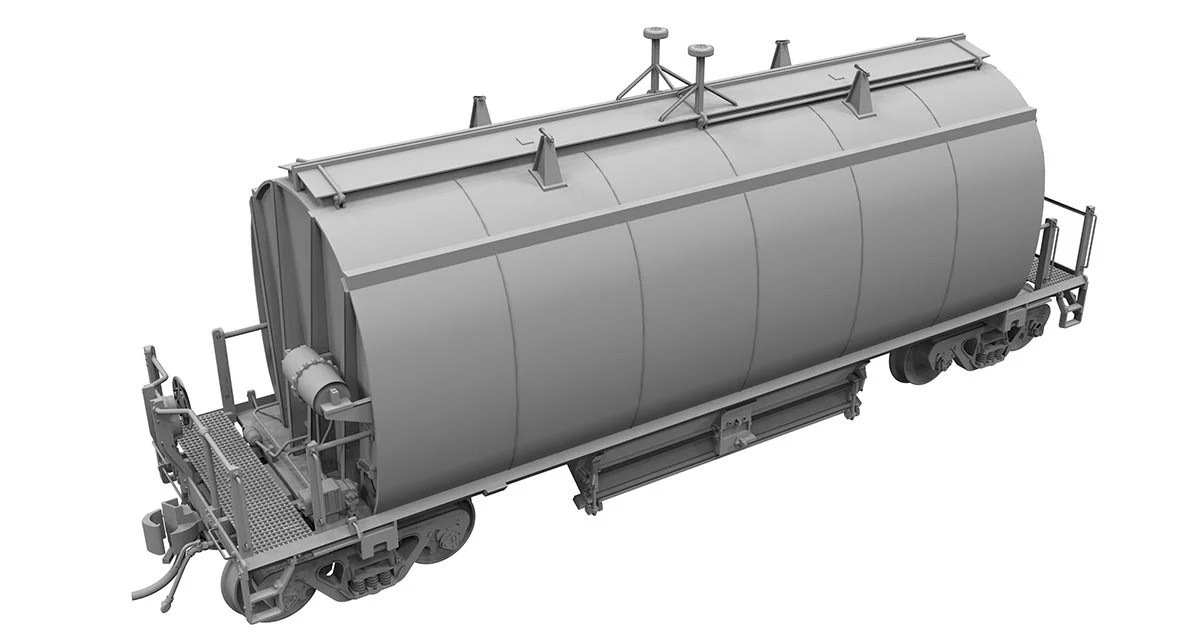 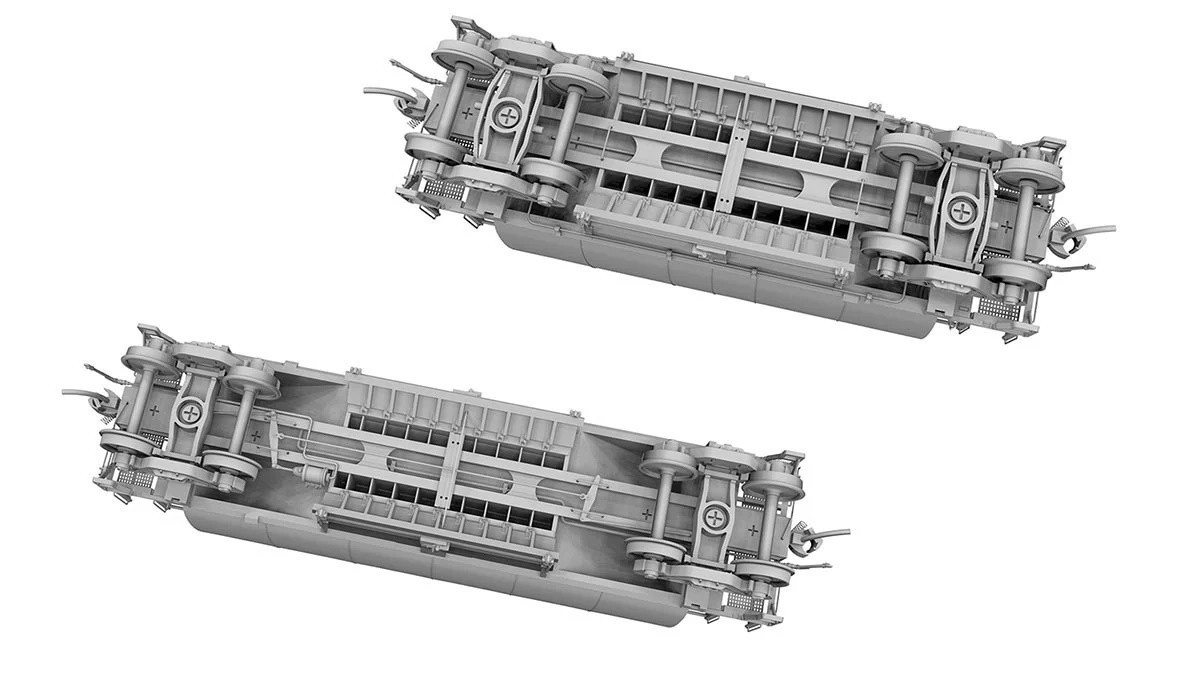 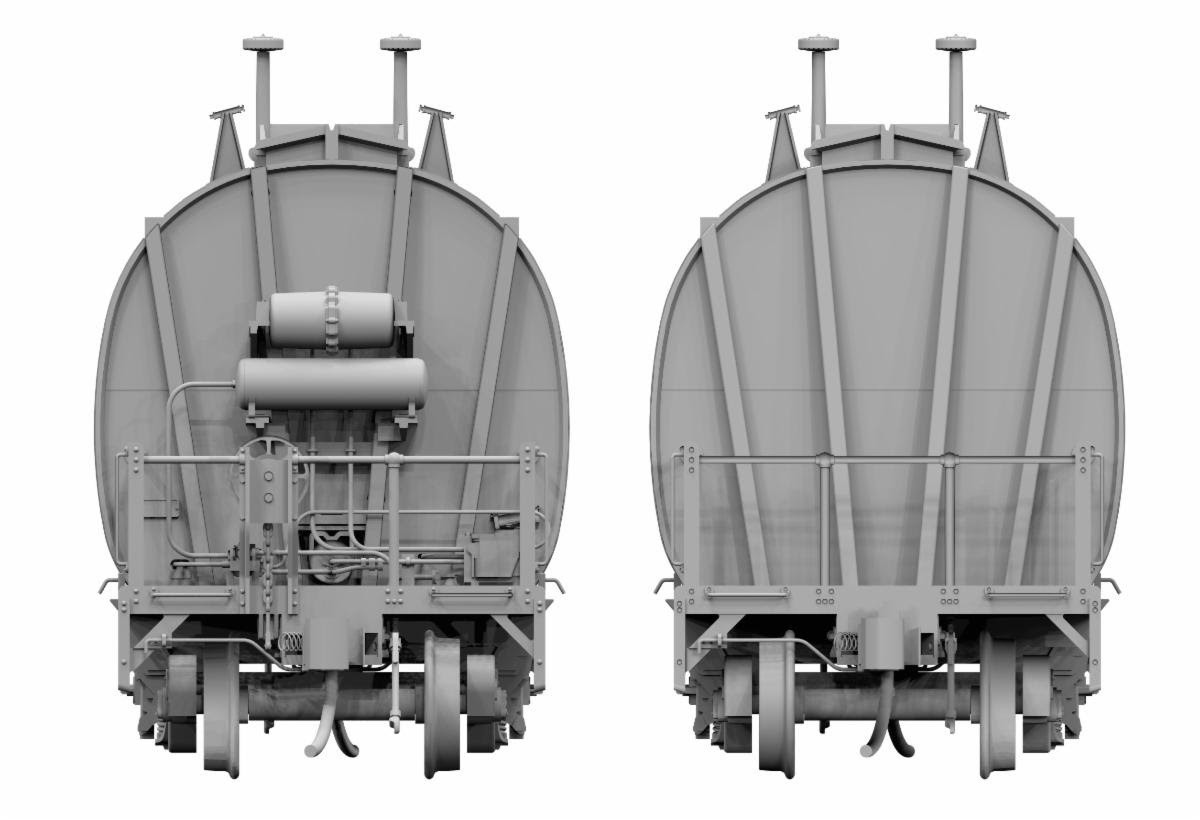 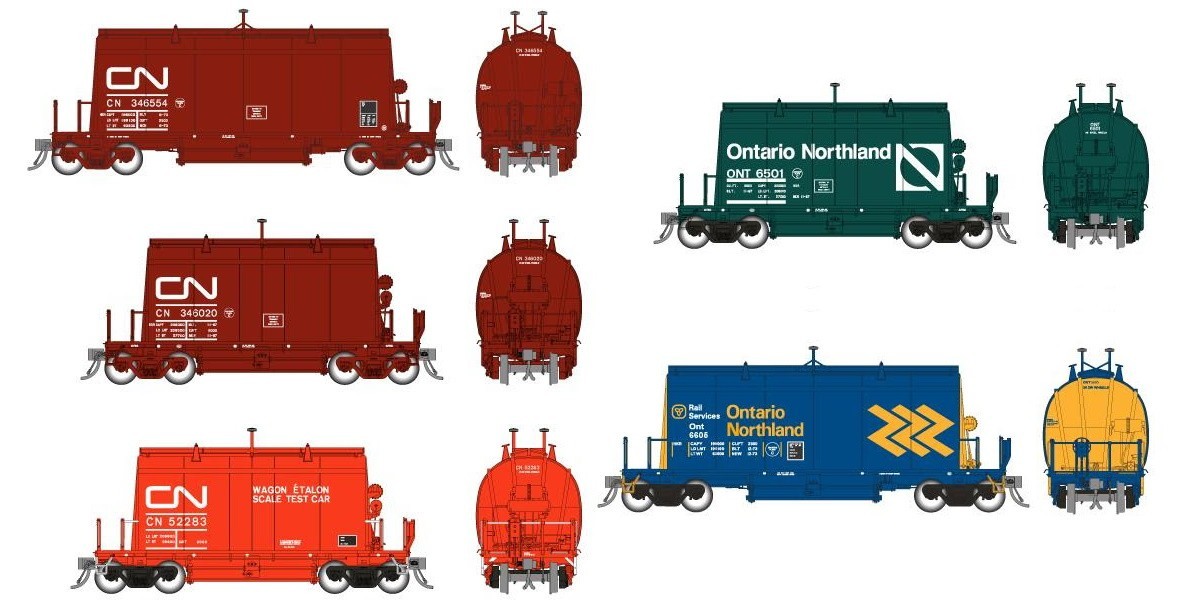